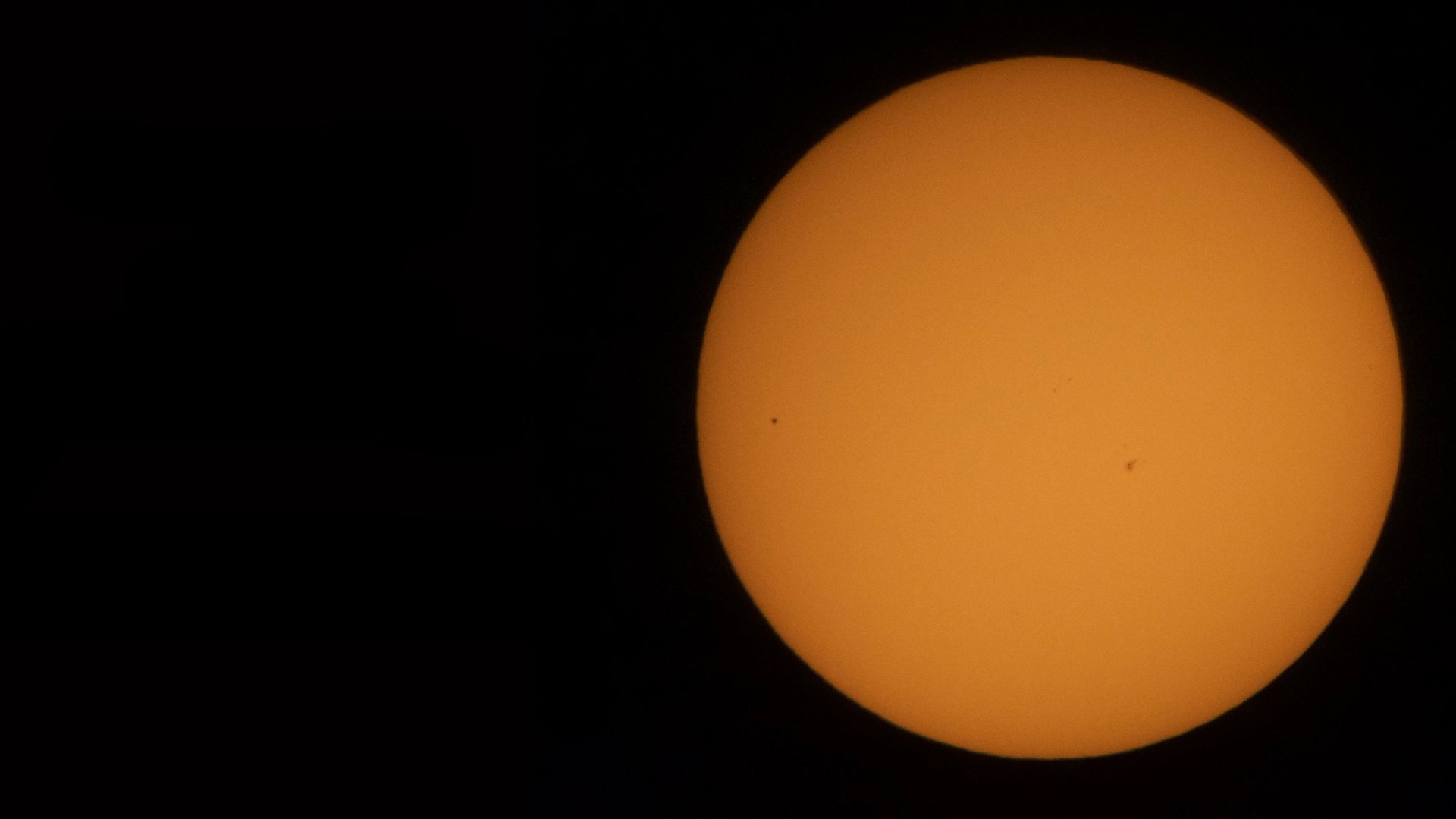 Look for passes of the ISS in the morning sky before sunrise for the first nine days of January. ISS passes then become visible in the evening sky from January 21 to the end of the month. Exact times of these passages for your location can be found by visiting the website http://www.heavens-above.com or by using satellite tracking smart phone apps like Sputnik.

January 13: RASC Edmonton Centre meeting: 7:30 p.m. to 9:30 p.m. in the Zeidler Dome at the TELUS World of Science. Free to attend. Visit edmontonrasc.com for more details. Saturn in conjunction with the Sun.

Mercury is too close to the Sun to be seen this month.

Venus is found shining brilliantly in our southwestern sky after sunset. It is in the constellation of Capricornus, the sea goat, at the start of the month, but quickly moves into the constellation of Aquarius, the water bearer, on January 10. On January 27, the waxing crescent Moon is found below Venus making for a nice pairing of these two celestial bodies. On the evening of January 27, a nice close telescopic conjunction between Venus and Neptune can be seen. Overall this is one of the best times this year to see brilliant Venus well placed for observers in the northern hemisphere.

Mars appears as a reddish 1.6 magnitude object low in the southeastern sky before sunrise this month. It starts the month in the constellation of Libra, the scales, but over the month passes through part of the constellation of Scorpius, the scorpion, and then remains in the constellation of Ophiuchus, the serpent bearer, for the rest of the month. On the morning of January 20, look for Mars to the lower left of the waning crescent Moon. From January 8 to January 22, look for Mars moving above the bright star Antares, the rival of Mars. Over the next few months Mars will be brightening as it nears the Earth and approaches opposition in early October.

Jupiter is not visible this month having been in conjunction with the Sun on December 27. Jupiter will begin to be visible low in our southeastern morning sky in the month of February.

Saturn is not visible this month as it will be in conjunction with the Sun on January 13.